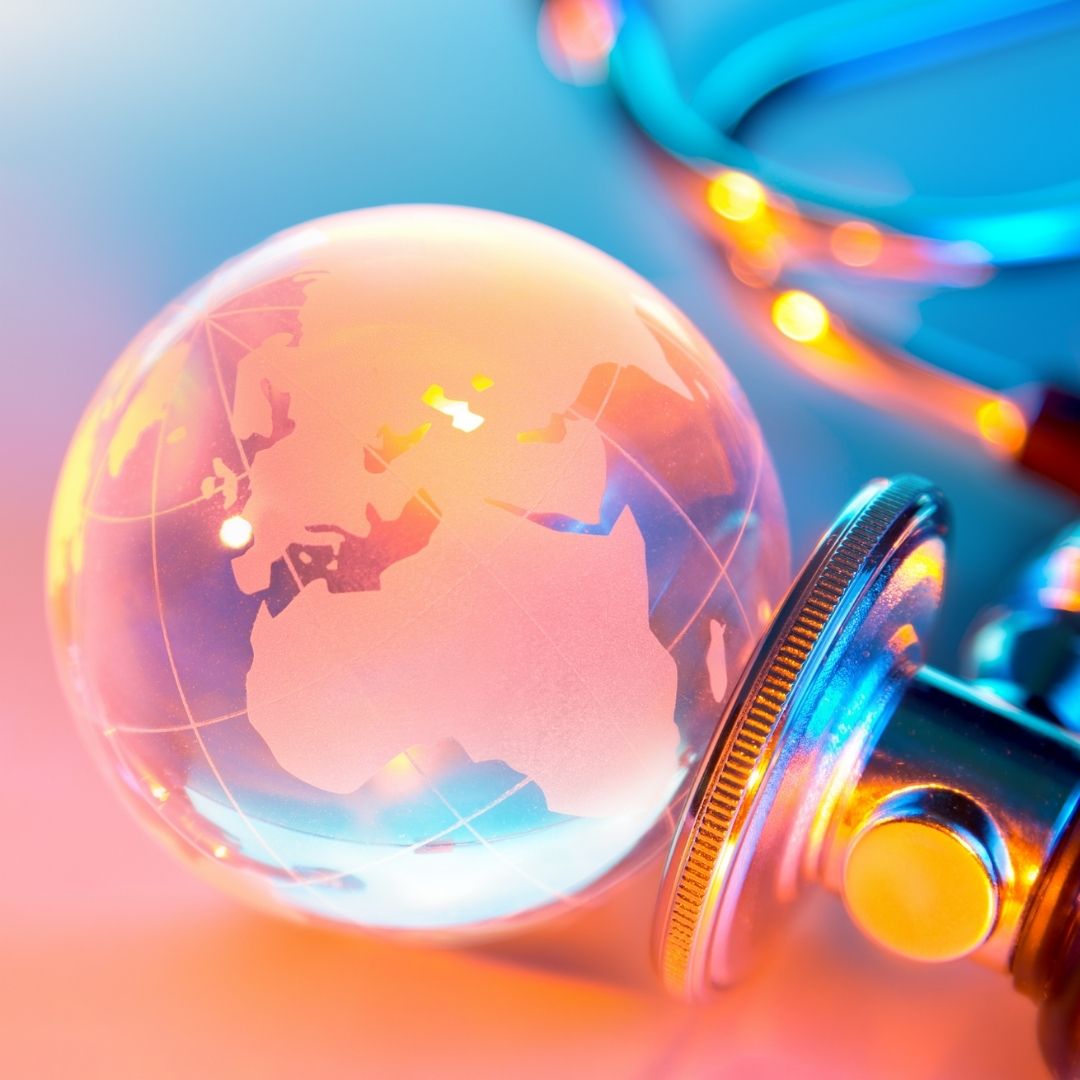 The global drive to deliver COVID vaccinations continues to accelerate, driven in part by rising concerns about the delta and other variants much higher ability to infect people.

The global drive to deliver COVID vaccinations continues to accelerate, driven in part by rising concerns about the delta and other variants much higher ability to infect people.

As of August 9, the world has administered more than 4.4 billion vaccine doses (including 1.8 billion in China, 510 million in India and 350 million in the U.S.).  While African vaccination rates are also increasing (with 95% more doses administered than just one month ago), they remain far behind at only 70.6 million doses (per the African CDC).  Addressing this challenge requires significantly increasing deliveries of vaccines in the short-term to African countries, while also ramping up vaccine production globally and in Africa.  It also suggests African health officials should expand their use of testing, mapping and sequencing wherever they can – and that the world should help boost these capacities on the continent urgently.

African officials have provided some stark figures to illustrate just how deep and serious the gulf between Africa and the rest of the world is.  At the beginning of the year, the African CDC estimated that Africa would need to administer 800 million doses during the course of 2021 to inoculate 70% of the population, and provide a basic level of protection that would allow economies to reopen.  Governments planned to address the remaining 30% in the first half of 2022.  As of August 6, Africa had only received 103 million of the 800 million dose total.   This leaves African vaccination rates at 5.5 per 100 people, far behind North America’s 86 and Europe’s 90.  Africa would need to expand vaccination ten times just to approach the levels currently in South America and Asia (67 and 62, respectively).

This vaccine gap is translating now into Africa’s third wave of infections, which, in ten short weeks, has brought new infection levels that have already equaled the first two waves last year.

Fueled in part by populations fatigued by lockdowns and informal workers needing to earn money, as well as the spread of significantly more infectious variants, particularly the delta variant, this wave threatens to overwhelm the capacity of hospitals still recovering from the first two waves.  The delta variant is already in at least 16 African countries, and will be the dominant COVID strain in Africa by the end of 2021.

The fact that the delta variant spread so quickly across borders highlights that this is not just “Africa’s problem,” but is an urgent one we all share.  Global capacity is ramping up, as established companies get ever better at scaling their production up and iron out supply chain bottlenecks.  It is also being helped by some new companies announcing deals to help expand existing production.  On July 5, AVATT and UNICEF announced a deal with JNJ under which the latter will provide at least 220 million doses (and up to 380 million) by the end of 2022 from its facilities in Belgium.  Most importantly, deliveries will start in August 2021 – in just a few short weeks.

Developed countries can help fill the urgent short-term needs in Africa by making their ‘excess’ stocks available.  Particularly as several developed countries, like the U.S., face increasing difficulties persuading the remaining unvaccinated parts of their populations to sign up for doses, the best measure to protect public health in the U.S. and globally would be to make more of these ‘national’ doses available for Africa to curtail the spread of new infections, while continuing to pursue ways to reach vaccine-hesitant Americans.  The arrival the week of July 5 of the first of the 580 million doses donated by the U.S. will provide welcome short-term supply for hard hit countries while they put in place longer-term solutions

Increasing African capacity to make its own vaccines will be a critical part of the long-term solution.

.  In April, at the African Union’s virtual summit, the AU and African CDC announced the Partnerships for African Vaccine Manufacturing (PAVM), with its goal of manufacturing 60% of the vaccines Africa consumes produced on the continent by 2040.  The African Development Bank set up an important $400 million facility to support manufacturing of 300 million doses a year.  The good news is that there have already been some very quick, very positive responses already.

Two further manufacturing deals have already been announced.  On July 5, Sweden’s Recipharm announced plans for a new fill and finish vaccine manufacturing plant in Morocco, which is expected to be complete by 2023 and produce 300 million units.  Recipharm is helping Moderna manufacture its COVID vaccine in France.  The U.S., EU and Senegal announced on July 10 an agreement to finance vaccine production at Senegal’s Pasteur Institute, which would produce 300 million doses a year by the end of 2022.  And on July 28, Pfizer announced during CCA’s U.S.-Africa Business Summit its partnership with the South Africa Biova Institute to manufacture and distribute the Pfizer COVID-19 vaccine within the African Union – the first such arrangement for African production of the MRNA COVID vaccine.

While international companies continue to accelerate production, and African facilities get underway, public health authorities will still face months of inadequate access to vaccines.  Greater testing and sequencing can help them manage the crisis, including directing the best use of scarce vaccines, while better tracking the spread of variants and minimizing further outbreaks of infection.  Companies have developed faster, cheaper and more accurate tests that can be used in the field, which can provide the quick guidance clinics need, and are working with authorities to make them more available.  To date, African facilities have been able to sequence less than a tenth of the samples that labs in the U.S. and UK have.  The African CDC has a goal of tripling sequencing capacity to 50,000 a year by the end of 2021, and the WHO is also expanding capacity for genome sequencing, in collaboration with facilities in South Africa, Nigeria, Senegal, Uganda and Kenya.   Companies like Abbott are deploying innovative new testing equipment and procedures that are helping health authorities better target medical resources and vaccination campaigns.

There is no question that this is a time of great challenge and need for urgent action in Africa.

However, building on the important initial steps that have already been taken offers a real opportunity to create a much stronger African health sector, built on collaboration between public and private sectors.  Achieving that goal will not only help all of us resolve the current COVID pandemic, but will make the world’s health security stronger, while also creating millions of new jobs in Africa and across the globe.  CCA’s Health Security and Resilience Initiative is focused on addressing exactly these kinds of problems, bringing both U.S. and African private companies together to see how they can help governments address challenges and improve health outcomes.  Five dynamic sessions focused on health were held during CCA’s recent U.S.-Africa Business Summit.  CCA will continue to engage with African, American and other international partners to begin implementing some of these exciting areas for follow up, while putting in place the conditions for much greater health security in Africa as a key factor in sustainable prosperity and greater partnership between the U.S. and Africa.